Back to Culture Blog

Relocating from Ukraine to Poland: An Interview with Oleksandra Holubitska, Senior Software Engineer at intive

For over 4 months now, the people in Ukraine have been experiencing a terrible war. Under such unimaginable circumstances, many of our Ukrainian colleagues made use of intive’s relocation offering. One of those people is Oleksandra Holubitska, Senior Software Engineer at intive, who agreed to sit down with us and share the story of her relocation to Poland.

When did you decide to relocate and how did you prepare for it?

My decision was not totally spontaneous, as I had been considering relocation even before the war. I could not decide back then – but the war changed everything… During the first month of the invasion, I actually couldn’t physically leave my town. I lived in the Bucha district in the Kyiv region, an area of active hostilities at that time. I had to wait until April when the Kyiv region was liberated from Russian invaders and the M06 highway* was opened up again. So, I packed some things and left. It took me 12 hours to get to Poland.

How did I prepare? I did not… I just found the canisters, filled them with petrol, and drove. With tanks on fire and missile strikes… There was no time to prepare. I was given a chance by intive to ensure mine and my son’s safety – and I used it.

What about the procedures to relocate to Poland? Can you share details that can be helpful for other people who might decide to relocate too?

Before going to Poland, I had a chance to speak briefly with Maria Gorodnik, Senior Relocation Specialist at intive, who explained the process in a nutshell to me. To cross the border, my son and I just needed our passports. After I arrived, intive helped me with everything I needed for legalization. I just had to get my diploma and employment book translated.

I have not applied for a residence permit yet, as there is a law that people who come to Poland from Ukraine after February 24 can apply for it only after 9 months of residence. But I’ve already discussed it with Maria Gorodnik, who will do this later on my behalf. Maria always advises me and clearly answers my questions. I am so grateful to her! As far as I know, this is rare. In other companies, people often take care of those things themselves, but at intive, I can count on the company’s support.

Did the company provide moving and housing assistance?

My colleague Marta Budna , on behalf of the company, searched for an apartment for me, and I really appreciate her help, even though I’ve finally chosen another option – a place in an area near a kindergarten, which my friends helped me find. And another intive colleague, Natalia Harbar, helped me find that kindergarten for my son. It’s public, but it is even better than some private kindergartens in Ukraine. 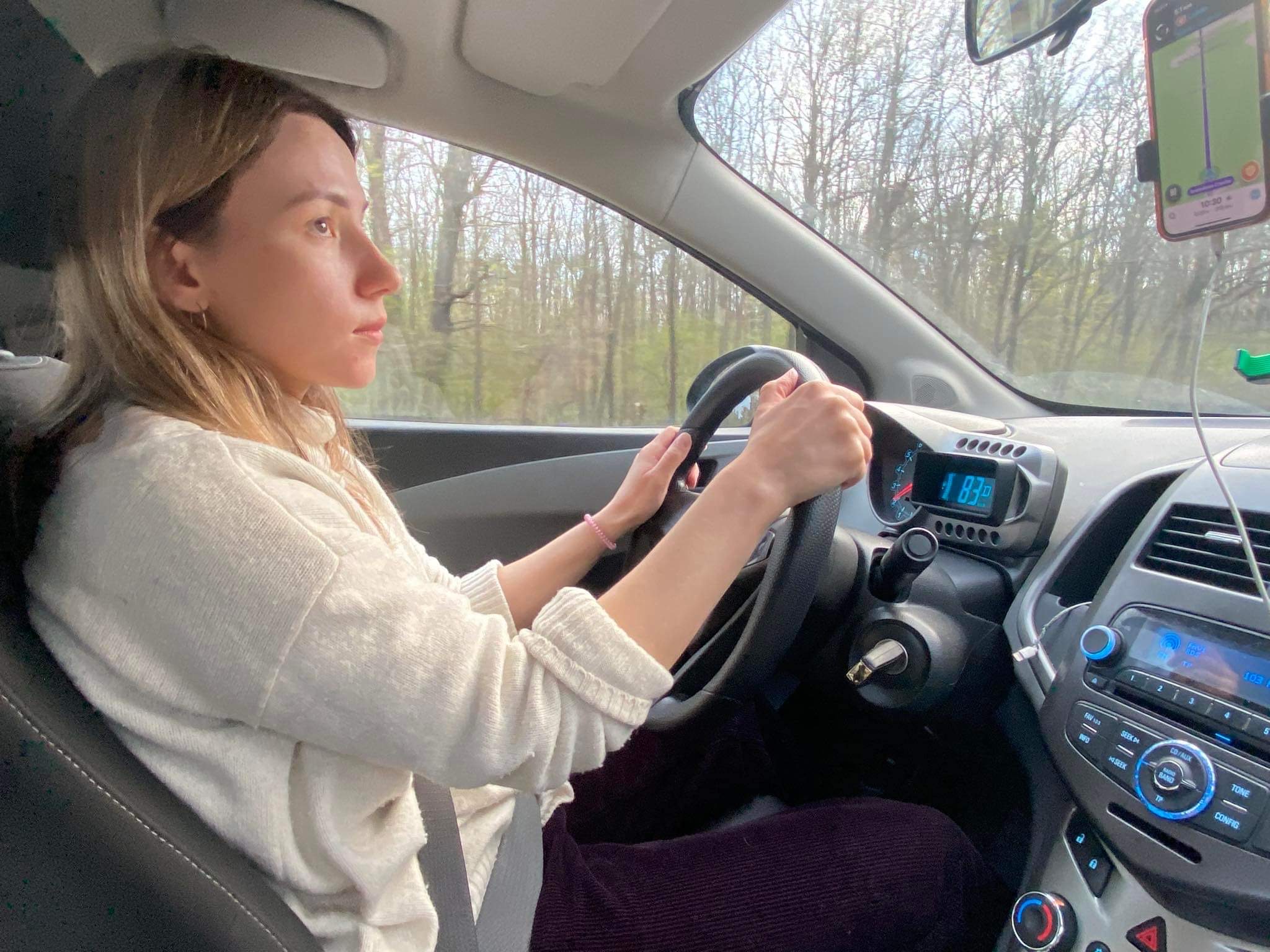 How long did it take for you to acclimate to the new environment?

I’m still adjusting, but I am so glad I had such a great support system at intive after relocating. Lots of people have helped me and are still supporting me. I am also very grateful to my project manager from Germany who made me a team leader for two projects. He believed in me, and this gave me a sense of purpose and confidence.

I recently started learning Polish. I think it will help me acclimate sooner, and is a mark of respect for this country and its citizens. At the moment, the four languages I speak ​​are mixed up in my head, but I think that will pass with time. I learn Polish through an app, I read Polish books to my child, and I have also asked my teammates to speak Polish to me during coffee breaks.

I think face-to-face meetings with people are crucial too, even though we work in a hybrid work model at intive. I’ve already had a few chances to attend company events: a BBQ party and a get-together with our CEO Gurdeep in the Warsaw office.

There was also an event for children, which Monika Puchalska organized. We went to the children's center, where they taught the children how to make pizza, and played with them. My son was thrilled, and so was I.

Moving and adapting during the war is especially challenging. How did you handle the psychological effects of relocation?

To be frank, I was terrified at the beginning. Even when the missiles fly over your head, even when you hear the explosions – it is still difficult to make big life changes. Maybe if I was younger, it would have been easier. But I am 33 years old, I had already established my life in Ukraine. I had my apartment, my friends, my way of life.

But intive provided a very good opportunity, and I don’t regret relocating. Though, I still feel anxious from time to time, with a constant sad thought in the back of my mind that there is a war in Ukraine. I can't control it; I can't accept it. I’ve heard about intive’s Less Stress! Program**, and I’m considering taking advantage of it for myself too.

Let’s end our interview with something joyful. What was the most pleasant situation that you’ve experienced in Poland so far?

When I was crossing the border, volunteers offered us tea, coffee, and food. I was so surprised by their kindness. Later, when I came to apply for the PESEL***, I found the same there too: I was offered food, clothes, and financial aid. It's like a different world for me... I go to a government institution, and they give me food and money.

I was also astonished when an elderly woman saw me and my son in the store, and then asked how old he was and bought him clothes and toys.

Maybe it’s just me, but I think the people are really kind and friendly in Poland.

** Less stress! – intive’s collection of activities that aim to provide our employees with tools to better deal with stress in everyday situations.

Are You an LGBTQ+ Ally?

Working Fully Remotely from the Beach - Is it a Dream Come True?

The Way We Do Internships - intive Patronage