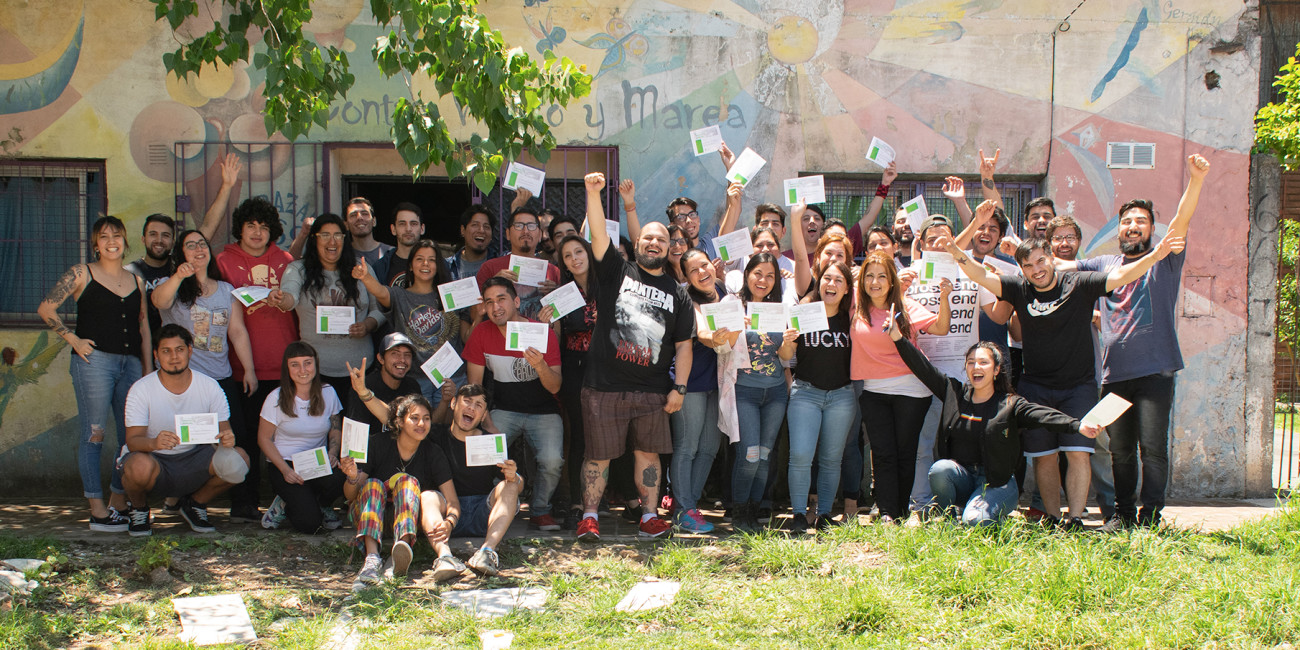 Some of intive-FDV’s founders started Project Nahual in 2006, building one of the biggest open source, social projects in LATAM (Uruguay, Colombia, and Argentina) with the aim to teach testing and coding to disadvantaged people. intive-FDV collaborates with the project by sharing infrastructure and teachers, hiring graduates, organizing workshops and with any other kind of support that the project needs.

The Project Nahual began in 2006 in one soup kitchen in Buenos Aires’ suburbs with the aim of teaching young folks from a disadvantaged neighborhood how to code. Basically, using Ruby on Rails in order to simplify the learning process. During the first 5 years of the project, we’ve followed a trial and error path, simply because coding is a pretty abstract concept and also because we couldn't manage to assemble a solid group of teenage students. In 2011, we started with a new idea: teaching QA instead of coding. That was after we tried many different courses like HTML, blogs and social networks, along the way.

That change had a massive impact, students really enjoyed the course and started obtaining jobs in the IT industry (the level of a QA trainee after an intense course of 16 classes is very good in comparison to the level of a trainee developer with the same amount of learning hours).

During 2013, we won 2 awards, the most important being the Gold Sadosky, the most relevant award in Argentina for an IT company or project.

In the present (2018), the project is running in 3 different countries: Uruguay, Colombia, and Argentina (in 7 different cities). Another node will open soon in Peru.

But the most incredible aspect of the project is that ex-students usually keep collaborating as teachers after they graduate, making the project sustainable. The impact for participants is much bigger than just learning a new job: they become social activists with a real power to change their communities.

Another recent highlight of the project is that we started teaching testing to young folks with Asperger’s syndrome with an incredible success. That provided them with job opportunities and now 3 of those students are working for a testing company.

Diversity, equality and company culture: Interview with Gurdeep Grewal
CuidAR App: Argentinian developers join forces in the fight against COVID-19
Why you should build corporate responsibility into business design research